From London to Amsterdam by Train

An alternative for the ferries is of course to travel by train:

It takes just 3hrs 52 mins to get from city centre to city centre. And there’s no hidden charges for luggage or limits on liquids.

Travel time from London to Amsterdam

On some parts of the railway, the Eurostar high-speed train drives at 300 kilometers per hour. Additionally, no transfer is necessary on the way back, as a result of which you’ll get from the heart of London to the heart of Amsterdam in 3:41 hours. With this, Eurostar's new connection can certainly compete with the average travel times in aviation. Especially when you consider that you usually need to arrive at the airport much earlier when using air travel. Even so, on the route from London to Amsterdam you'll also need to take into account that you'll have to be present at least 30 minutes in advance.

Travel time from Amsterdam to London

Travelers leaving from Amsterdam are still reliant on the Thalys in the direction of Brussels-South. Once at Brussels-South, there's a passport and security check before you're allowed to continue on to the British capital. As a result, this journey, at 4:45 hours, is longer than the return trip. Ultimately, the intention is for these controls to happen in the Netherlands. That way the HSR Eurostar can also travel directly to London from Amsterdam and Rotterdam.

From London to Rotterdam

The train stops in Rotterdam as well. The total journey time is 40 minutes shorter if you prefer to board or get off in Rotterdam.

How long in advance do you need to be present to check in?

For the route Amsterdam-London with Eurostar, you have to present at least half an hour before departure. When large crowds are expected, for instance during the holidays or weekends, it's even advised to arrive 45 minutes in advance. For business passengers, however, there exists the possibility to make use of travel class Business Premier. With this option, you only have to be present 10 minutes before departure.
For the Thalys or international NS train, you don’t need to arrive in advance according to the website. Always verify the check-in times carefully on your ticket or the website of Eurostar, or NS. It’s possible that there are adjustments to the check-in times.

There’s free wifi for everyone and a power socket at every seat –so you can keep your devices charged up.

Food and drinks are available from Café Métropole and, if you’re traveling in Standard Premier or Business Premier, you’ll get a complimentary meal.

Children under 16 cannot travel unaccompanied on our direct route to the Netherlands.

While the total amount of two trains per day presents a stark contrast to the approximately 60 flights from London to Amsterdam, the Eurostar offers a much larger seating capacity. An airplane provides seating for 180 people, whereas a single Eurostar high-speed train can accommodate up to 900 people. Of course, this still doesn't equal the capacity totaled by 60 flights, but who knows what the future will bring. The fact that plans are already being made for a third daily train ride in 2019 shows that Eurostar is not planning to leave it at 1800 passengers a day.

Please arrive at the station at our recommended arrival time to allow plenty of time to get through border controls and security. Once you’re at the station:

Just so you know, some of our trains might need to stop at Brussels-Midi/Zuid for less than half an hour for border security reasons. This wait is scheduled into your journey time – so you won’t be late. You won’t be able to leave the train during the wait.

More general information about the Eurostar

The high-speed rail service Eurostar has connected London to Paris and Brussels since 1994. The Channel Tunnel is used to make this possible. Nowadays, Eurostar has transported more than 130 billion passengers from the city center to the city center. Many routes have been added as well. It's possible, for instance, to take the Eurostar from London to Disneyland Paris, and there even exist seasonal schedules to bring you to the South of France in summer, and the French and Swiss Alps in winter. Additionally, from Brussels and Paris, it's not only possible to take the Eurostar to London, but also to Calais and Lille. 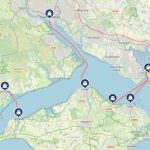 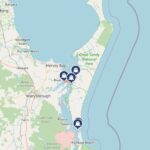 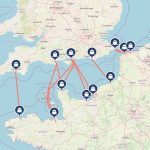 Ferry to France from UK 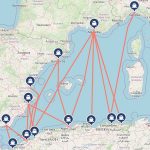 Camper or caravan on board the ferry? Here are some tips

Keep the kids entertained on board